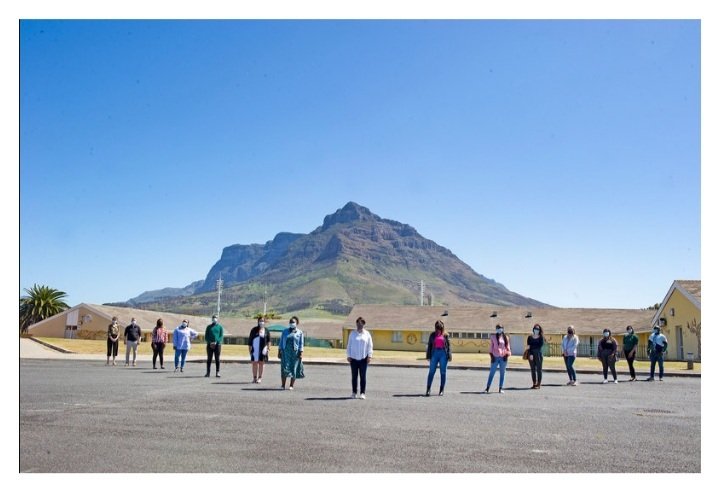 The NeuroGAP-P study, of which UCT is a partner site, recently received a prestigious accolade from the International Society of Psychiatric Genetics. An international study with a base at the University of Cape Town (UCT) has taken a top global award for innovation, announced at a recent gathering of psychiatric researchers. The Neuropsychiatric Genetics of African Populations - Psychosis study (NeuroGAP­P), of which UCT is a partner, was awarded  the Pamela Sklar Innovation Award on 14 October 2021 during an online ceremony of the International Society of Psychiatric Genetics. NeuroGAP-P is the largest African psychiatric genetics study yet, sampling more than 30 000 people. The award is named after American psychiatrist and geneticist Pamela Sklar, who died in 2017 of cancer. In her announcement of the award, Dr Lea K Davis, Associate Professor of Biomedical Informatics at Vanderbilt University in Nashville, Tennessee, said the award allows the society to honour Sklar's memory each year. Dr Davis said Sklar's work in the genomics of bipolar disorder and schizophrenia was essential to advancing knowledge of the "polygenic architecture of psychiatric disorders". "We pause each year to reflect on her contribution, recognise her legacy and acknowledge our colleagues who are carrying on her innovative work," she said. Acknowledging advancement of research For Davis, awards programmes like these give scientists a chance to recognise and celebrate each other, and contributions to research. "I was reflecting on the value of this award and on awards in general and what they mean for a community of scientists. The work we engage in every day is our life's work, and that's our calling, and we would do it even if we weren't recognised.

"We know that in the long history of science, our individual contributions will merge with those of others to advance us al I. "As a community, we create and give these awards to say to each other, 'We see you. We appreciate you and we celebrate what you have given to the field.' It is in that spirit that we recognise the tremendous innovation of the global partnership that is the NeuroGAP psychosis project." NeuroGAP programme manager at UCT, Roxanne James, told UCT News that the study was formally established in 2016.

The UCT NeuroGAP-P team. It is a multi-site collaboration between UCT, Harvard and the Broad Institute in the United States (US), Makerere University in Kampala, Uganda, Addis Ababa University in Addis Ababa, Ethiopia, and Moi University and KEMRI-Wellcome Trust research centre in Kenya. It is funded in part by a grant from the US National Institutes of Health and the Harvard/Broad Institute. At UCT, the study is located within the Department of Psychiatry and Mental Health and is part of the Brain Behaviour Unit. While the study has physical offices at the Education Centre Building at Valkenberg Psychiatric Hospital, recruitment takes place at community healthcare facilities and psychiatric hospitals in the Northern, Eastern and Western Cape provinces. James said the study is structured around schizophrenia, schizoaffective disorder and bipolar mood disorder, grouped under the heading "psychotic disorders". The specific aims of the NeuroGAP­Psychosis project are to:

In Cape Town, the team includes the head of the UCT Department of Psychiatry and Mental Health, Professor Dan Stein, as the study's principal investigator (Pl) for this site, working with James as project manager; Dr Adele Pretorius as senior programme manager; data assurance officer, Bronwyn Malagas; and a group of recruiters (Xolisa Sigenu, Deborah Muller, Linda Ngqengelele, Phelisa Bashman, Renier Swart, Bukeka Sawula, Nabila Ebrahim, Onke Maniwe, Ncumisa Nzenze and Sibonile Mqulwana). Additional key members of the team have included Professor Raj Ramesar (head of the Department of Pathology), Dr Nastassja Koen (senior lecturer in Psychiatric Genetics), and PhD students Lerato Majara and Olivia Wootton. In addition, Professor Zuki Zingela, who was based at Walter Sisulu University in the Eastern Cape, has played a leading role, and the departments of health in the Western and Eastern Cape have been key.

"The NeuroGAP study requires a full-time complement of staff including research assistants, data assurance and project managers. In addition to this, all samples collected are processed by the UCT Department of Human Genetics under the guidance of Professor Ramesar," said James. Mentoring and training genetics research The study engages the Global Initiative for Neuropsychiatric Genetics Education in Research (Ginger) upskilling programme. "[It] is a capacity-building programme aimed at training young researchers in genetics studies. [We offer] multi-site collaborative research papers and authorship opportunities for those working within and associated with the study."

In accepting the award on behalf of the study, Dr Karestan Koenen, a Pl for the study and Professor of Psychiatric Epidemiology at Harvard, said their goal was to do a psychiatric genetics study at scale in Africa and based on principles of equity. "That meant that we were doing capacity­building and engagement from the beginning, along with the research. We decided to do it big, so we are across four countries. "With the Ginger project, we have been mentoring and training fellows from all the institutions. This is with the goal that they will lead the analysis when we introduce the data," said Dr Koenen.

Past UCT Ginger fellows are doctors Nastassja Koen and Shareefa Dalvie, while current Ginger fellows are Mary Mufford and Megan Campbell. And there are plans for the study sample to grow. "We have collected 30 500 samples. It is about half cases and controls of schizophrenia, bipolar disorder and half controls without those disorders.

This work is licensed under a Creative Commons Attribution-NoDerivatives 4.0 International License. Please view the republishing articles page for more information.

Genetics Psychosis bipolar schizophrenia
The SAGE Encyclopedia of Abnormal and Clinical Psychology Impulse - Control Disorders: Treatment
Are you turning your child into your caregiver? Ways to spot a parentified child
Age gap kids: I'm having another child 10 years later, will it be okay?